We're open 24/7 and ready to help you during COVID-19 with Sanitization Solutions.

Restoring Liberty with a Lottery

All truly progressive changes in this world has always come at the hands of a small group of committed individuals who truly care about their purpose. 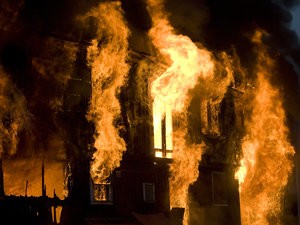 Throughout American history this has been the case as well, and in the early days much of that change, both the good and the bad, has taken place in a single building.

This building has for the most part been completely forgotten in the annals of history.

But as it turns out, few have heard much about the one location where all of these major turning points in American history have been inspired.

The place where American liberty was first forged in the furnace of defiance was in a large red brick building called Faneuil Hall in Boston Massachusetts, and while seldom discussed, the building still stands today as a stanchion for American independence.

The Cradle of Liberty

Faneuil Hall is a favorite among historians for its importance in altering the events of the American Revolution, and this is how it earned the nickname of “The Cradle of Liberty” which it is still called today. In truth, the building was renowned even before then too. 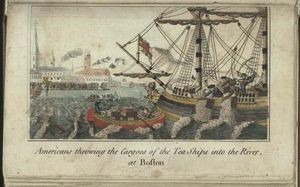 The idea of having a readily available public marketplace in Boston was discussed for some time before the creation of Faneuil Hall, but it wasn’t put into motion until tradesman Peter Faneuil offered to pay for the building in 1740.

Peter Faneuil was a very wealthy merchant who saw the necessity of a centralized marketplace, and the opportunity to consolidate his hold on the burgeoning economy of the bustling city during its early days as a major trading hub.

There were previous attempts at building markets in the past, but they had been less permanent structures and were burnt down in Luddite fashion by many who felt that a centralized market would be a burden on the Laissez Faire trade of the area.

Opposition to the building of a permanent structure was strong, and in the end, the creation of the building was only put into action by a slim majority of seven voters of more than 700.

The Light of Liberty Burns Strongest in a Building on Fire

Construction on Faneuil Hall took two years to complete and the edifice was finalized only six months before the death of Peter Faneuil himself. Less than twenty years after its construction Faneuil Hall burned down like many of the less permanent markets in the area before it. 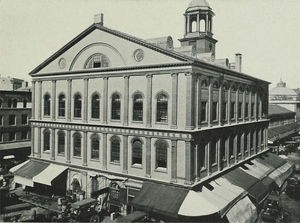 Having earned a place in the hearts and wallets of the local businesses and traders, the building was destined for restoration and reconstruction.

These efforts were funded in large part by the creation of a lotter that was administered by none other than John Hancock himself.

After the necessary capital was raised, construction began again, and with a few design tweaks that were still commensurate with the original architectural footprint, it was once again opened for business in 1762.

The building itself was dedicated “in the cause of liberty” upon being reopened, and it has stood as a stanchion for liberty and independence ever since.

It hosted gathering that would grow to become the Boston Tea Party, opposition to the Stamp Act, formation of the American Revolution, and today it still stands as a historical monument, marketplace and meeting grounds.

Have you ever seen traces of fire restoration at Faneuil Hall?